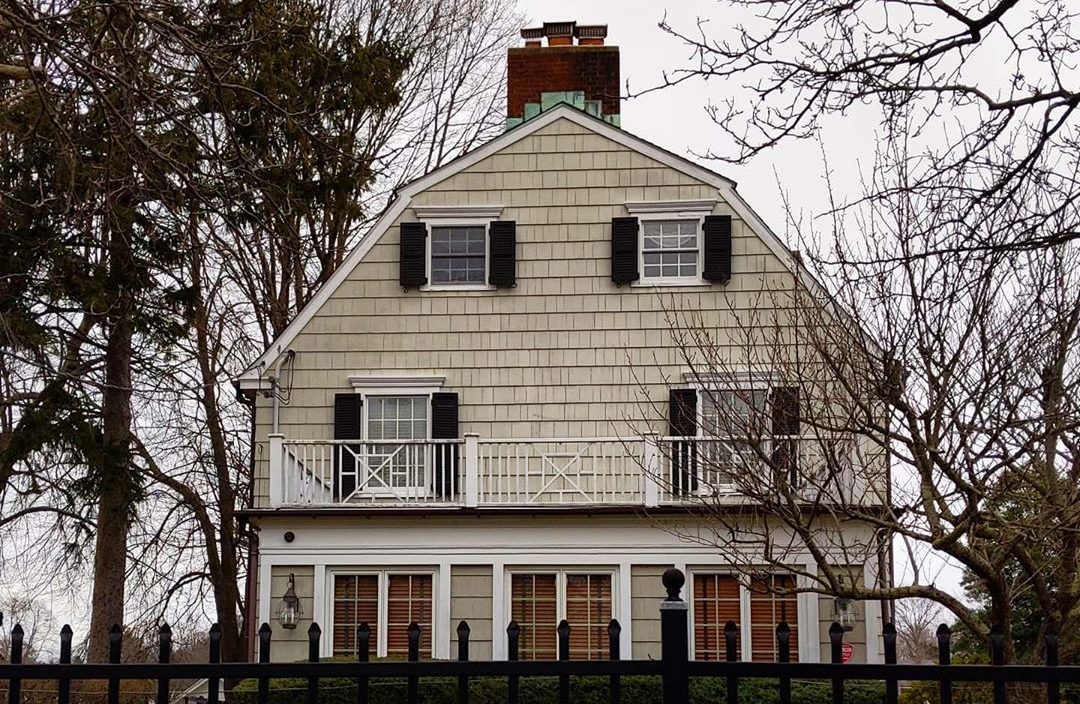 For some, an infamous house where an unthinkable crime has been committed is one to steer clear of. For others — looking at you, true crime fans – it’s one that sparks insatiable curiosity. Which begs the question: What happens to a murder house after a crime takes place?

Many times, it ends up being listed and sold, often at a discount. Depending on how notorious or brutal the crime, a property’s price is cut by as much as half. Let’s take a closer look at some of the most notorious properties bought after the fact.

Which of these macabre murder houses would you consider living in?

Kicking it off with a bang, The Amityville Horror home has been recently listed, at a modest price of $850,000 for the five-bedroom waterfront Dutch colonial located in New York state. Read the 1977 novel, documenting the murders of a family in 1974 and the paranormal activity to follow, or watch the movies, if you’re unfamiliar.

The Akron, Ohio, home of serial killer Jeffrey Dahmer has been listed numerous times through the years. Unsurprisingly, the $310,000 home where Dahmer murders his first victim at age 18 is a tough sell. PETA ran into zoning issues when sizing up the property to convert it into a vegan restaurant. Rock musician Chris Butler of the Waitresses now owns it.

The Boulder, Colorado, home of JonBenét Ramsey’s 1996 murder appeared to sit vacant for years. Timothy and Carol Schuller Milner bought it in 2004, listing the home at around $2 million multiple times: No offers accepted. Of the 7,000-square-foot home built in 1926, owner Carol says, “It’s our home, and we really, really love it.”

Last year, another well-known home listed — the Los Feliz, California, property where Charles Manson killed two cult members in 1969. The listing omits the troubling details for the gated house built in the 1920s. Listing agent Robert Giambalvo essentially said the serene environment and spectacular views made up for the home’s history.

Located in Los Angeles, this is the condo where Nicole Brown Simpson and Ron Goldman were killed in 1994. The 3,400-square-foot, four-bedroom home sold multiple times over the decades, with its last documented sale in 2006 for $1.72 million. The 2016 People v. O.J. Simpson TV show has caused the property to remain a tourist attraction.

Within six months of the Savopoulos family “Mansion Murders” in 2015, the Woodley Park home in Washington, D.C., was listed. The five-bedroom, 10,800-square-foot home, set fire to after the killings, sold “as-is” for $3 million. The house was demolished in 2017, with potential to rebuild on the empty lot, and listed a year later for $4.5 million.

Netflix’s 2018 Staircase documentary detailed the strange true crime tale of Michael Peterson’s 2001 murder case that may have involved an owl and a staircase. This year, the 9,429-square-foot colonial home, built in 1940, listed for $1.9 million. Interestingly, the “Durham Mansion,” in North Carolina, is also where the 1990 Handmaid’s Tale movie filmed.

Here lies the mansion where Andrew Cunanan shot Italian fashion designer Gianni Versace on his front steps in 1997. The 19,000-square-foot home in Miami’s South Beach listed in 2012 for $125 million, ultimately selling at auction for $41.5 million. The property, graced by the likes of Princess Di and Madonna, boasts a 24-karat-gold-lined pool.

It’s scary how easy homebuying can be